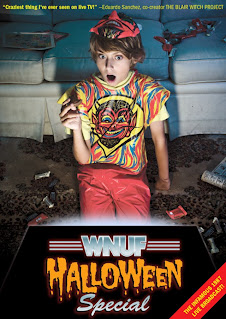 Remember the days when Halloween programing would dominate the airwaves every October? Just about every program on the tube would have some kind of special showcasing the magical night of ghosts, ghoul's, candy and tummy aches. Unfortunately those days are long gone but thanks to filmmaker Chris LaMartina and the fine folks at Camp Motion Pictures you can relive those hauntingly good times again with the WNUF Halloween Special.

The movie presents itself as a fan dub VHS (with commercial and all) of a Halloween special recorded on October 31st 1987 for WNUF television. The story revolves around a local TV reporter named Frank Stewart who along with a husband / wife / cat psychic team The Bergers enters the Webber house (the scene of the spirit board murders) for the world's first live call-in seance. 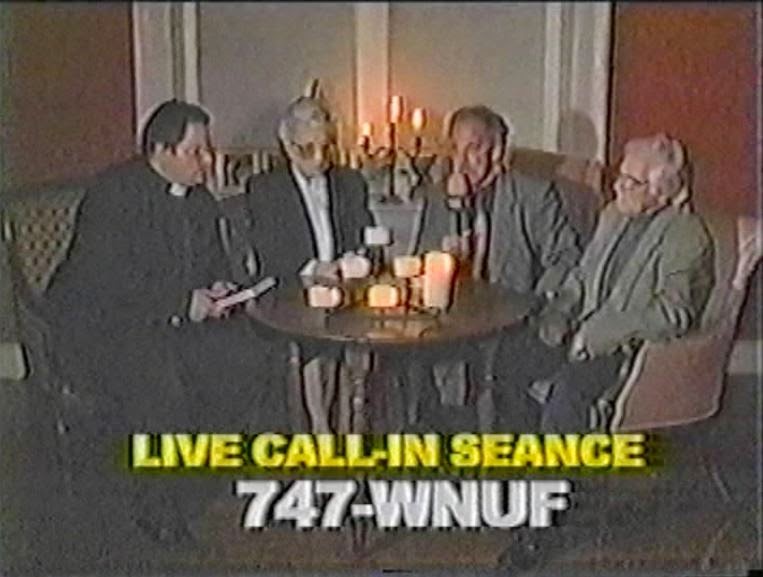 I have to give Chris LaMartina and team a huge amount of credit for the realism of this tape. As I sat and watched it was like I was transported back to the 80's. The fake vintage commercials were a big highlight of the movie for me. It's obvious that LaMartina spent allot of time watching vintage ads to recreate them for this. They are really spot on and any fan of TV in the 80's will be familiar with many of the catch phrases and ways that companies once tried to get us to shell out our hard earned cash. 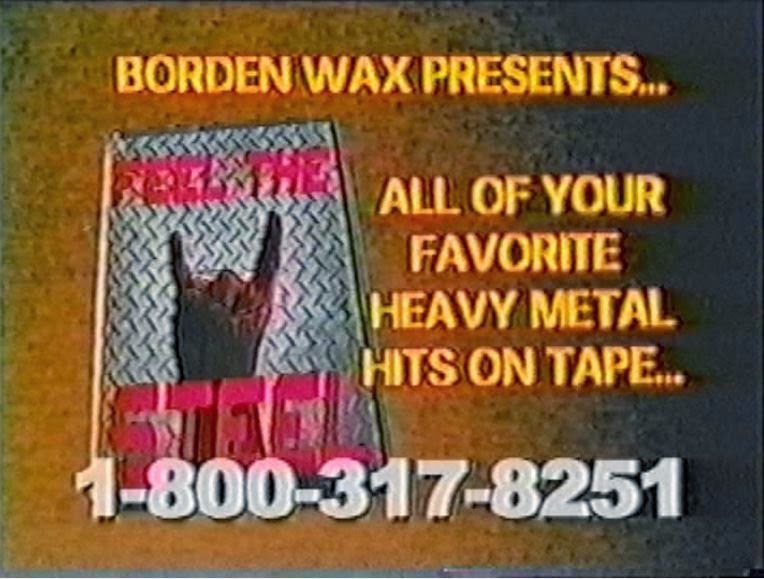 The acting for the most part comes off very believable especially by lead Paul Fahrenkopf who will stop at nothing to make sure his rating are through the roof. His character was really reminiscent of Morton Downey Jr in the Tales from the Crypt episode Television Terror and he did a great job carrying the movie. There were also a couple nice cameos by genre veterans George Stover (The Alien Factor) and Joe Ripple (Harvesters). 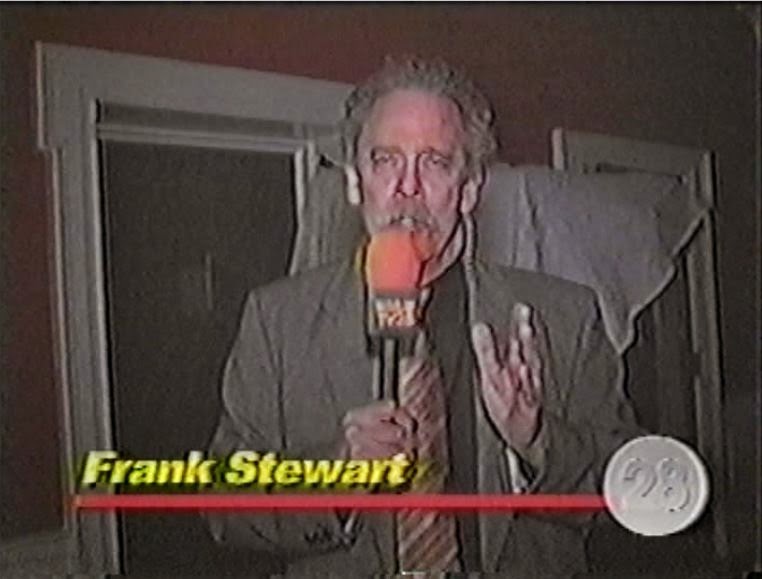 SOV fans will also notice a bunch of references and nods to SOV pioneers like  Bookwalter, Polonia, Sheets and Stanze. Astute fans may even recognize a couple stock shots in a few of the commercials from some micro-budget classics. 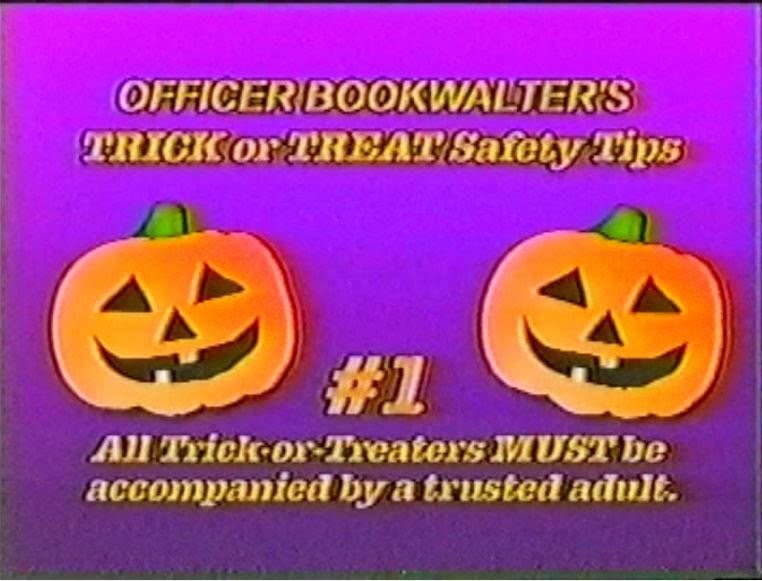