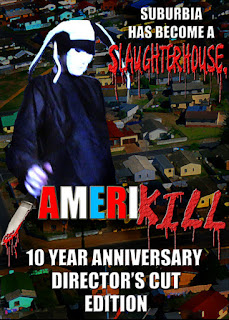 In the Summer of 1999 in the small town of Woodridge Valley 47 mutilated bodies were found and the killer was never apprehended. All that was known of the killers identity was he wore a Jester's outfit.

Keith, Etahn (Director Chris LaMartina) and their group of filmmaking friends are on summer vacation and working on their latest SOV opus "It Came From Uranus" when a masked Jester starts killing off their peers. It is now up to the group of horror nerds to figure out the identity of the demented Jester and stop his bloody reign of terror before they become his next victims.

A common complaint in horror films is that they always cast 30 year olds as teens, well not in this flick. Made by 14 year old filmmaker Chris LaMartina (WNUF Halloween Special, Call Girl of Cthulhu) Amerikill is probably the most polished looking SOV movie made by a real teen (for comparison check out Johnny Dickies Slaughter Tales and Jim Larson's Nigel The Psychopath). 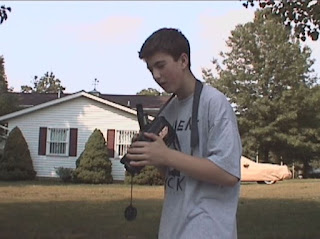 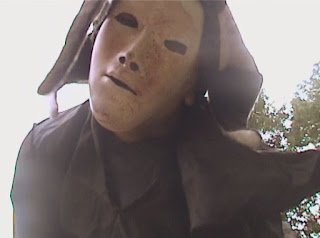 Amerikill is very much a product of the late 90's, featuring a punk / ska soundtrack (dig that opening theme song), and lots of long baggy shirts and spaghetti straps. It also has one of the most 90's kills ever; a girl being strangled by a wallet-chain. You don't get more 90's than that. 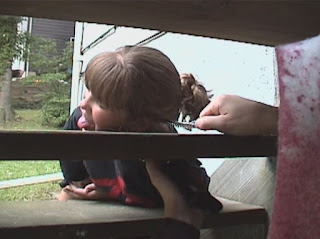 Other notable moments include the killer decapitating a couple cheerleaders and using their heads as pom poms. The killer "pumping" up his sneakers to get more speed in a chase scene. And also a moment where the kids have to pick out which funeral they want to attend, as their friends are being buried at the same time at different locations. 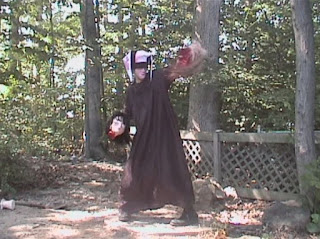 The teen actors do pretty good with their performances (especially considering their age). The camera work is decent and there is enough action to keep your interested for the brief 55 minute run-time.

As you would expect from a movie made by a 14 year old the humor is very juvenile and most of the kills are played for laughs, so don't expect a dark horrific picture here folks. It's a fun flick and really impressive for what it is. You can see that even at a young age LaMartina was very talented and passionate about horror film-making, and since then he has gone on to make some great genre pictures. 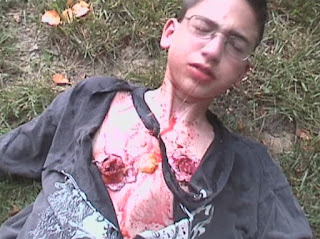 If you're a fan of LaMartina's work I strongly urge you to check out Amerikill. If your not familiar with his work, this is probably not the best one to start with, but is still a fun outing. Overall I had a good time watching it and it was cool to see the humble beginnings of one of today's best indie filmmakers.