The movie starts off in a bar with a guy on stage belting out what may be one of the best theme songs for a SOV movie ever (next to Las Vegas Blood Bath). It's a loungy rap number that gives you a brief glimpse into the stories that are about to unfold. It's silly, fun, and I dare you not to get it stuck in your head.

This portion, without giving anything away, also ties itself to the last story. It's a nice, clever way of having a wraparound sequence for the movie. 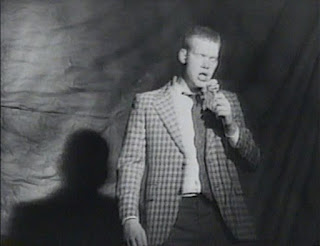 First up is "Nothing But The Truth" directed by Rita Klus. This tale focuses on a sleazy guy named Joey, who has a bad habit of embellishing the truth. One night after attending an art show on a date, Joey is mugged. He later brags to his friends about the incident, changing the details to make it sound like he is a real tough guy hero. Well, afterwards he gets mugged again but this time the incident mirrors the tale he told his buddies. So what is a pathological liar to do? Embellish the truth yet again, of course. Once again his lies become a reality. Will Joey learn his lesson or will his lies lead to his ultimate demise?

This tale was fun piece, and actor Freddie Ganno really shines as the lying sleazebag Joey. The ending left a bit to be desired, but the strong acting of Ganno keeps you intrigued throughout it's running time. 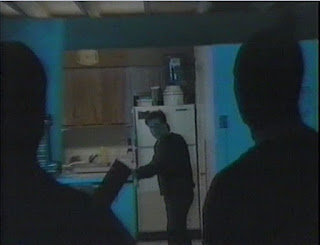 The next tale is "The Shooting" directed by Mick McCleery. This tale opens on a man named Tommy who is fleeing from the scene of a shooting with the gun still tightly clutched in his hands. It is then revealed that Tommy has just killed his verbally abusive brother. Taking refuge in an old warehouse, Tommy meets a mysterious stranger who knows what he has done and leads Tommy down a path that ultimately leads to his doom.

This was my least favorite segment of the movie. It's not a bad story and has a nice twist, but it seemed a little over long. When compared to the other tales, it just doesn't seem as strong. 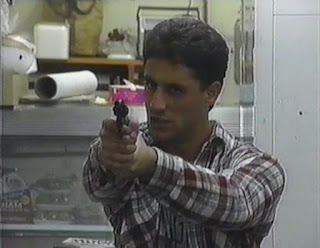 Our final tale directed by Kevin J Lindemuth is called "Hungry Like A ... Bat?". This one stars Mick McCleery as a guy named Charlie. Charlie has been persuaded by his brother to see a psychologist for some problems he has been having. What's the problem you ask? Well, it seems Charlie is not only a werewolf, but he's also a vampire! And to make matters worse, Charlie is falling in love with a girl who recently moved into his apartment complex.

This was the stand out tale of the movie. The synopsis makes it sound silly (and it is), but it's also a fun and inventive take on the classic monster cliches. Lindemuth shows why he is one of the best indie horror directors of the 90's. His segment has a great creative script, solid acting (especially by Mick McCleery and his Addicted To Murder co-star Laura McLauchlin), and a great payoff. 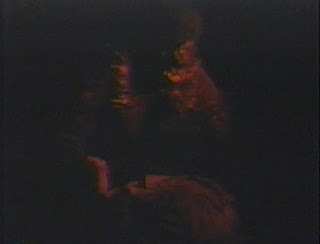 Overall Twisted Tales is a solid horror anthology that is a welcome addition to any SOV enthusiast collection. The VHS from Brimstone Productions also features some short interviews with the various directors talking about how the project came about after the film concludes.

For more info on Brimstone Productions check out:
https://www.lindenmuth.com/