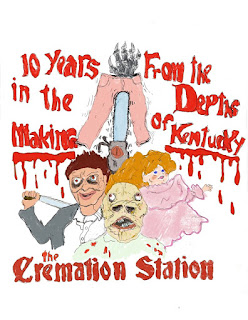 Today we are taking a look at a new SOV anthology from Kentucky filmmakers, The Josh Brothers (Josh Terry and Josh Wright) The Cremation Station.

In Killer Pants, a pair of - you guessed it - killer pants go on a rampage in a small town. Obviously it's a cheesy premise but there are some fun gory fx and it's short and silly enough to keep your attention for it's brief running time. This short is actually just a trailer but according to the IMDB it looks like a feature may be in the works; I'm intrigued. 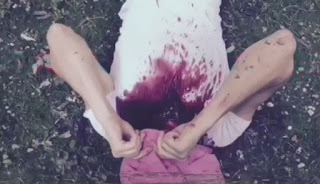 Next up we got Deadly Recall. One night while watching TV a guys doorbell rings and he finds an old porcelain doll mysteriously laying on his porch. He brings it inside (always a mistake) and soon finds himself fighting for his life against the knife wielding dolly. This one starts off decent but slowly starts to go downhill especially in the second act which seems tacked on and is plagued by sound issues (you can barely tell what anyone is saying). It does come together in the end with a nice cameo by SOV pioneer Tim Ritter, which attempts to tie the two acts together and explain what the hell is actually going on. 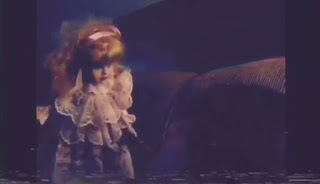 Next is a commercial for Zombie Be Gone, starring the John Carridine of SOV, Joel D Wynkoop! Joel always brings his all to anything he does and this short commercial is no exception. His comical maniacal energy is on full display here, making this segment one of the standouts of the movie. My only complaint with this one is for some strange reason it appears to have been taped off an actual television, which is just weird. 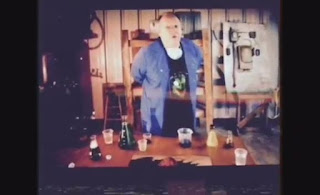 After the commercial there is a quick random scene of some guys shooting a zombie - no story, no substance,  just shooting a zombie and over. The worst part is you can see the demo watermark from the software used to convert the video file. 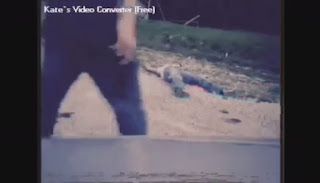 Next we got Death Came A Knockin'. A psycho killer wearing a ventriloquist doll mask terrorizes some kids in a house. There's a cool throat slicing which is pretty dam effective, and a drill kill which is not so effective (you can clearly see the drillbit is missing). We also get a trademark Loyd Kaufman head crushing. 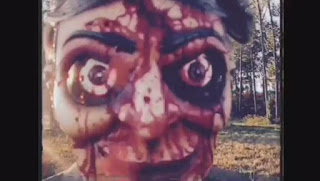 The final tale, Deadmill, features a beefcake who has a couple of guys tied up in his garage. During a long monologue (once again hard to hear) the muscle man explains how he used to be a scrawny weakling until he discovers a possessed treadmill which gave him the body he always dreamed of. The catch is that he must make blood sacrifices to the demonic exercise equipment. There is some cool gore in this one where he cuts off a guys leg with a chainsaw, but not much else. 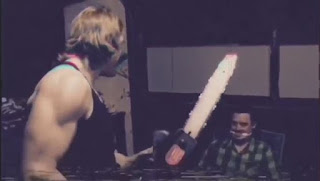 As for the host segments with Dr Casket they are pretty cheesy and there is some really bad green screen keying going on here, but overall some of the jokes work pretty good (dig the guitar bit) and it does a decent job of tying everything together. 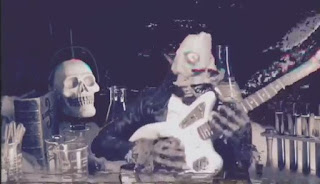 The wraparound with the guy watching the show is obviously the most recent footage in the production as it is shot with a much better camera, but really doesn't add anything to the proceedings, and comes off more as padding to get the movie to it's brief 39 minute run-time. 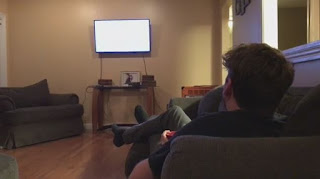 Overall, I was amused by The Cremation Station but I feel more time should have been put into fixing the many technical issues of the movie before releasing it. Things like the sound problems, the software watermarks, and music that cuts off abruptly seem like they could have been easily fixed if more time and effort was put into the post production process. Also there is a very annoying VHS noise effect added to the bottom portion of the screen which is just distracting and does not look remotely real (a problem I've been seeing a lot in today's micro budget cinema). 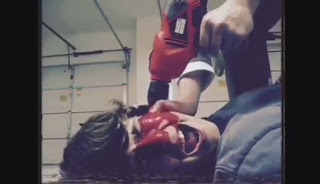 The acting (obviously by friends) is passable. It's got some great cameos and even a couple nice gore scenes but in the end the movie comes up short (in story and runtime). I understand that most of the movie was made over a decade ago and I'm sure the Josh Brothers did the best with the resources they had, but a little more time in post could really have made a big difference with this one.

If your a fan of backyard cinema you may want to check this one out. Even with all the flaws, this is a movie made by horror fans for horror fans and there is lots of heart on display (Oh and did I mention it has Joel D Wyknkoop in it!).