A couple friends on a road trip make a stop in a small town that happens to be the center of an alien invasion. Soon after they find themselves trapped and the only way out is to stop the flesh hungry visitors before all the inhabitants of Earth become lunch.

Feeders is the movie that put the Polonia Brothers on the map. In 1996 when the movie Independence Day was all the rage Blockbuster Video was in need of some alien movies to fill its' shelves. Thankfully for SOV fans they picked up this little homage to sci-fi movies and gave it a wide release.

Feeders at its core is a sci-fi alien invasion flick that is a throwback to the great alien movies of the 50's. It was the first of many collaborations between the Polonias and Jon McBride (Cannibal Campout). It's got a really great script and McBride and John Polonia make a great team as the leads. 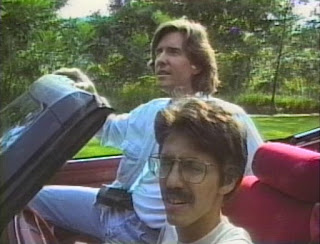 The movie does have a reputation of being one of those so bad it's good movies, cemented by the fact that it was recently riffed by RiffTrax, but it is much better than people give it credit for. Yes, the aliens look kinda cheesy and are only about two feet tall, but they give the movie a fun playful tone that is lacking from much more serious productions. Sure they aren't scary in the least but it is fun to watch them run and wiggle around as they search out victims to feed upon. 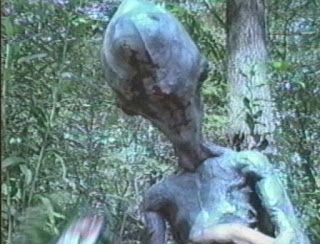 The movie also is one of the earliest SOV movies to utilize computer graphics. There are many CG shots of spaceships and even some CG kills, the most infamous being that of one of the feeders feasting on a severed head that is still wincing in pain. 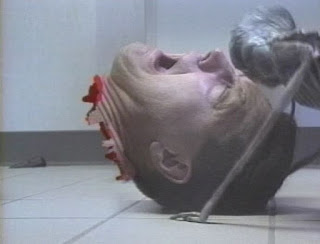 Overall this is a classic of the genre and in my opinion has a bum wrap. If you're a fan of 50's sci-fi flicks you should definitely seek this one out as it does a great job of recreating the atmosphere of those pictures. Polonia Power!