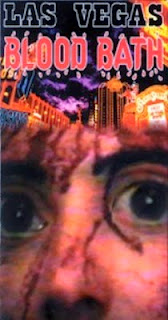 Sam Butler just closed the deal of a lifetime at his Sacramento office. He is so excited he has decided to surprise his pregnant wife with the sports car she has been dreaming of! He buys the new car and hits the road to meet her at their second home in Las Vegas! Unfortunately, for Sam, Ruthie is having an affair. When he arrives, early in the morning, he finds his wife in bed with her police officer lover. Sam quickly grabs his gun, shooting and killing, both his wife and her lover. This sets Sam on a misogynistic journey of murder through Las Vegas.

Sam is driving through downtown Las Vegas, audibly frustrated at the “daytime whores”. He quickly picks up a prostitute to “teach her a lesson”, which ends with her arms being tied to a wall, her legs being tied to his car, and Sam driving off, ripping her legs off. This is only the beginning of this sexist asshole’s rampage. 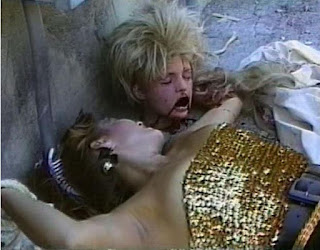 This movie is, simultaneously, the best and worst thing I have ever seen. Clocking in at the standard SOV time of 77 minutes, the film starts off incredibly strong, but completely drops off around the 17 minute mark. We are then forced to live through Barb’s baby shower party. Who is Barb? Well, she is a very pregnant female oil wrestler, of course! Her party guests? Her wrestling team. This party scene lasts over 15 minutes, while some gorgeous women regale us with tales from matches of yore and try on bikinis. We are treated to a television broadcast of The Ladies of B.L.O.W. (Beautiful Ladies of Oil Wrestling), showcasing one of their best matches. The pace picks up after this, Sam comes back into the fold, and the film ends in the same frantic pace we began with. The ending scene itself is incredible. 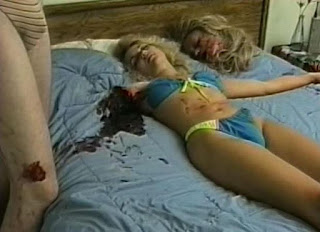 There is plenty of blood and some good gore/FX, but the directing is rough. If this film was edited to trim the filler, it would make an incredible short that would be talked about with the best shot on video films. When all is said and done, there are 14 kills, two men in Speedo-type underwear, one oil wrestling match (without oil), and one fetus ripped out of a pregnant woman's stomach. I enjoy this film, although it would be problematic for just about every normal human.

* Note this review is for the DVD version