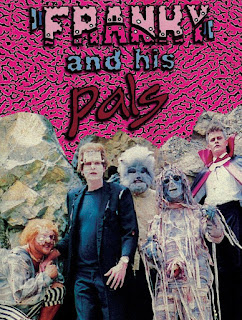 Franky And His Pals (1990)
Review By Ryan Reading

Have you ever wondered what would happen if Dracula, Frankenstein, Mummy, Wolfman, and a guy named Humper were buried alive in a cave? No? Well, me either, but Gerald Cormier wrote and directed this wonderful, seemingly, lost SOV treasure to tell such a tale.

The film begins with a mad scientist working on a time machine, while the town of French Gulch has a meeting to discuss a past due tax bill. They are in desperate need of funding, from a tax assessor’s error, to keep from losing this beautiful town.

Meanwhile, Drak, Franky, Humper, Mummy, and Wolfie are stuck inside of a cavernous mountain. Drak asks to see Franky’s map and realizes it is a treasure map. He intends to find the gold when they get out of the cave. Luckily for this whack pack, Franky loves chili beans. I mean, LOVES chili beans. He crushes 12 cans of chili beans. His intestines are unable to process this potent amount of protein and he lets out a fart of epic proportions. The gas knocks lose the boulders holding the group in. With a clear path to leave, Drak asks Franky if it is daytime, before exclaiming, “Franky, you fartknocker, you better not be lying to me”. 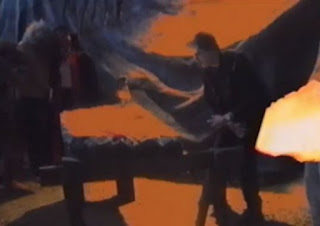 The gang, with the treasure map in hand, heads out into French Gulch. The story continues as they explore the town, while searching for the gold. They run into aerobic classes, a costume party, they start a band, Wolfie falls in love with a wonderful gay man, and they all host a bikini contest. We are treated to plenty of one-liners from Aphophis, the Mummy’s intestines (they are serpent-like, cracking jokes the whole movie). 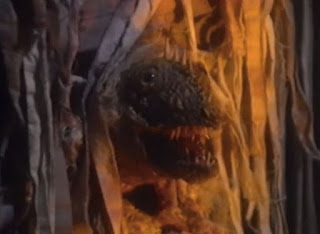 This is a horror based comedy that delivers many laughs. It is beautifully shot, with solid performances, to the point it is hard to believe this has languished in obscurity for so many years. The make-up and FX were done by the actor who plays Humper, Keith Lack, who also worked on Dream Stalker. It has plenty of charming qualities like the biographical rap song about 15 minutes into the movie, the costumes and a bonkers ending! Well worth checking out and having in your collection. 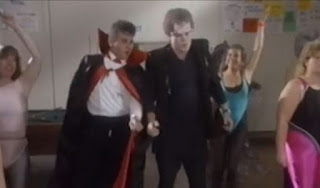 There is no known large format master. The original self distributed VHS tape is all there is left. Luckily for us, Intervision/Severin will be releasing a DVD version of the film, in early July, hand numbered and limited to 1,000 copies worldwide. Be sure to head over to www.severin-films.com to find more information.