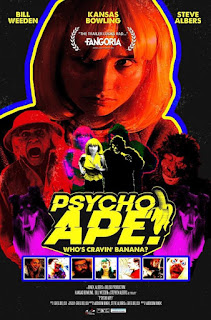 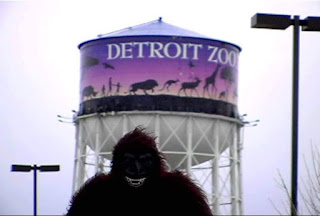 Yup, this is a completely goofy, cheesy, gory as hell, and sleazy spoof on classic and not so classic ape movies and I really enjoyed the hell out of it! There is no attempt whatsoever to make anything serious or even halfway believable here. Just about everything is played for laughs and none of the effects even bother to try and look realistic. Just pure Z-grade charm all the way through! If you’re one of those Ebert wannabes that has to analyze every little technical detail of what you think “fine cinema” is then don’t even bother watching this! This was made by people who just wanted to have an all out good time and be as over the top gory, sleazy, and funny and just have people laugh and be grossed out at the same time. 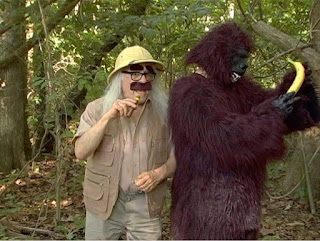 The gore effects are a mix of super low budget practical and CGI, and somehow the combination just works for this kind of movie! Psycho Ape is just a completely non-serious goofy-as-hell spoof on killer ape movies that kept me entertained from beginning to end with ridiculous characters, some nice sleaze, crazy funny scenes, and over-the-top Z-grade gore effects and never gets slow or boring! I’m not exactly sure when this is getting an official release, but Addison Binek has a Facebook page as well as a YouTube channel, JAB products you can check out. 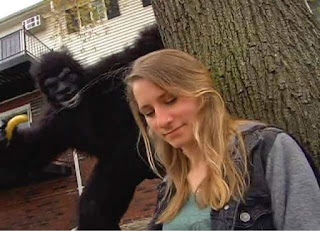