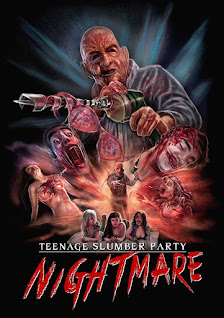 A group of high school girls get together for a slumber party weekend to celebrate spring break. Unfortunately though someone plans on crashing the party and he's brought his drill with him. Can the girls survive the Teenage Slumber Party Nightmare?

TSPN comes from Canada filmmaker and Analog Nightmares author Richard Mogg. It is clearly inspired by the Slumber Party Massacre series as you can tell from the synopsis, but unfortunately TSPN fails to reach the heights of any of those movies. Mogg obviously has a huge love for the genre as detailed in the making of featurettes on the DVD, but love does not always translate into a good movie. 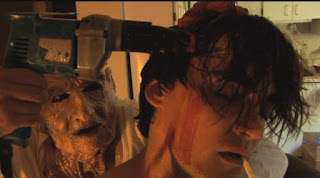 The main issue I had with this movie is that it doesn't have much of a script, instead it relies on long sequences of improv from the amateur cast to fill up the runtime. Most of the movie is spent watching the girls drink beer and talk about boys which gets boring really fast, think Las Vegas Blood Bath (the DVD cut). 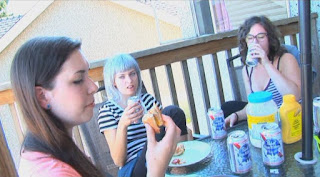 When the movie finally gets to the bloodshed (an hour in) it is too little too late. The driller killer uses a drill that is missing the bit, except when there are closeups of it entering flesh which is possibly supposed to be funny but just seemed weird to me. There is one cool shot of it entering a character's skull that's kinda grisly but that's about it. 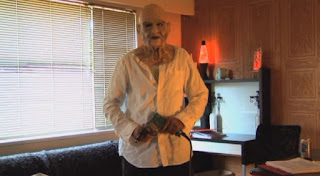 Not everything was bad in the movie though so I want to point out some of the positives. There is some nice camerawork on display as well as some really great locations including a very ominous staircase sequence. I also really liked the actor who plays the driller killer. He looked similar to the actor from Slumber Party Massacre 1 and was pretty entertaining in the role. 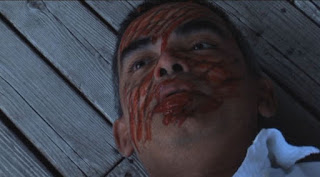 Overall I was disappointed with Teenage Slumber Party Nightmare. Mogg obviously has a huge love for the genre and is a talented filmmaker, but the long improv scenes just killed this one for me.