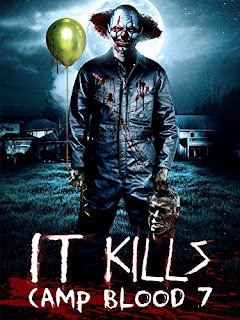 Another group of kids get stuck in the woods with the evil machete wielding killer clown.

I was really happy to see Mark Polonia back in the directors chair for this one, of all the latter sequels I think his entry Camp Blood First Slaughter was the best of the lot. It was by no means perfect and I didn’t care for the overuse of CGI gore but when compared to 4-6 it was a solid entry.

Now though, with this eighth (counting Within The Woods) installment in the series dare I say Polonia has made the best sequel since part 2! 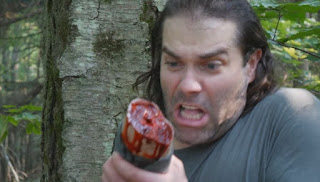 This one takes the franchise back to it’s Friday the 13th roots and keeps the story simple, kids in the woods get offed by masked clown maniac. It’s a simple formula that works very well and Polonia embraces the formula to full degree which makes for a great slasher.

The FX are back to basics as well, not a ton of CGI gore here just good old fashioned cut-out machete kills like the original trilogy. Also I have to note how great and creepy the new clown mask is. This one features a full on mouth cavity with teeth which really looks really cool. 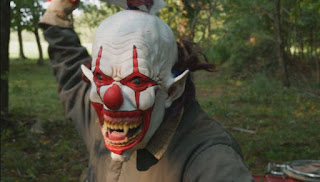 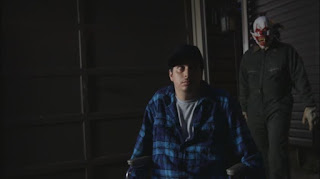 Overall I really loved this one and think it is one of the best entries in the series hands down. Polonia once again shows why he is one of the greatest SOV filmmakers by crafting a sequel that gets back to the roots of the series and gives the fans want they want without a bunch of unnecessary junk thrown in. Classic style slasher for classic slasher fans. Highly recommended.