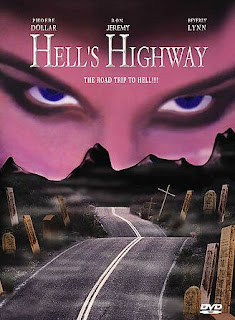 Years and years ago when I rented Carnage: The Legend of Quiltface, I saw a trailer for a SOV movie Brain Damage Films released called Hell’s Highway. I was obsessed with finding a copy ever since. The trailer showed Ron Jeremy, some amazing gore, and it looked like a ton of fun! On Easter one year I finally rented it on Amazon. Needless to say, I was not disappointed.

The film starts off with a Priest picking up a beautiful hitchhiker named Lucinda. Things get bloody pretty quick, as we can tell that maybe this hitchhiker is more than human. We then follow a group of kids who are on a road trip to meet their friends at the beach. They are the usual stereo types, which I love. 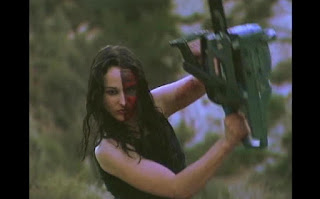 Of course, the friends pick up Lucinda, who tells them a story about the Devil’s Highway, and how the highway they are on is cursed. She makes their lives a living hell, and the rest of the movie is pure fun. There’s a really cool atmosphere here, and even though it has a pretty familiar type of story, this film still finds ways to be fresh and original. 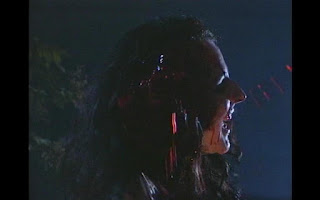 Lucinda is a really cool villain, and the film ends with a really batshit crazy twist you won’t see coming. Scenes with Lucinda tormenting the kids in the car are even a bit tense. All the actors do their best in the film, I would go on to say the acting is a bit above average for this type of film. Phoebe Dollar shines as Lucinda, being one of the most memorable villains in recent SOV history. 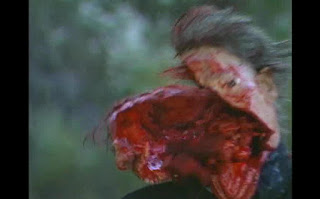 The gore is absolutely top notch. The talented Joe Castro shines here with plenty of cool effects and gore. He has been one of my favorites in the business since I rented Terror Toons for the first time. Not to mention, Ron Jeremy has a fun little cameo, playing an actor working for Tempe Video. He basically plays himself! 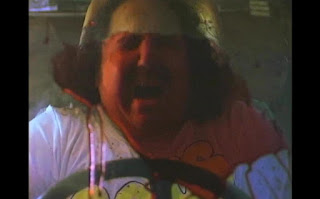 Overall, I highly recommend this film. Grab a group of friends, a couple beers, and enjoy Hell’s Highway. It can be found on many of those Multi-Horror movie packs, and rented on Amazon Prime Video for $1.99. I have almost nothingnegative to say about this one!