Night Of The Living Babes 1987
Review By Tony Masiello

The duo are both married to smoking hot wives (Connie Woods, and Scream Queen Legend Michelle Bauer!), but Chuck (the sleazebag of the two) convinces Buck (the happy husband) to accompany him on the trip regardless.

Little do they know that Madam Mondo's isn't quite what it seems. You see all the "girls" at Mondo's are actually former patrons (guys), who have been transformed into sex starved she-vixens from a blast from Mondo's sex-change raygun. 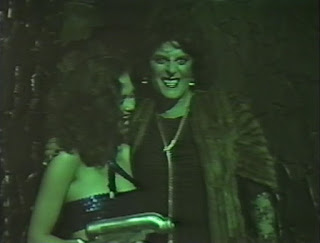 When Chuck and Buck don't return home the following day after their night of "bowling", it's up to their trophy wives to save the perverted duo before they permanently lose their manhood's.

Night Of The Living Babes has the look and feel of an 80's adult film, which is not very shocking as it was directed by legendary adult film director Gregory Dark (New Wave Hookers).

Many of the cast and crew were also comprised of individuals who worked in the adult film industry, including cinematographer Junior "Speedy" Bodden, which accounts for the aforementioned adult film aesthetic. 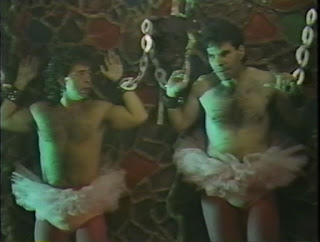 Andrew Nichols (Cafe Flesh) and Louie Bonanno (Wimps) both give great performances and have good screen chemistry as the horn-dog yuppies. Oh, and did I mention Michelle Bauer is in this! (If you can't tell I kinda have a thing for her)

Not all the cast shines in the film, though. Connie Woods lives up to her name and comes off wooden and stiff in her performance. Forrest Witt as Madam Mondo is a little bit too over the top for my taste with his Rocky Horror inspired performance.

There's also surprisingly not as much nudity in the film as you would expect especially considering the talent involved, which in this reviewer's opinion is a good thing. NOTLB doesn't rely on nudity for it's thrills, but rather a silly fun light-hearted script and the aforementioned comical acting chops of it's leads. 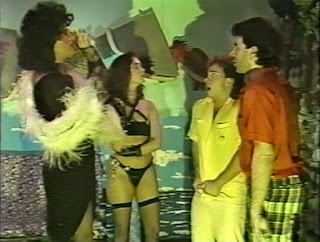 The movie does tend to slack a bit in the second half, but with it's brief 60 minute run-time it doesn't really hurt the film much. I do wonder if there was ever possibly a longer and harder version of the movie (doubtful), as that was common practice for many adult films of the era.

Overall NOTLB is a silly fun horror comedy with some great performances that makes for a mondo fun time. Oh and did I mention Michelle Bauer is in it! 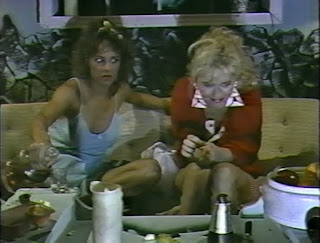