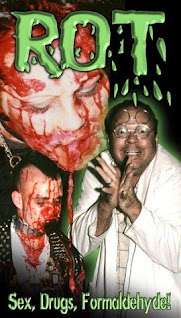 Sarah and Muzzy have a big problem, they are slowly rotting to death due to a virus Sarah contracted why sleeping with a corpse. Now the punk rock duo must find a way to cure themselves before they rot away into nothing, or even worse, create a massive world-wide epidemic.

Rot is the second feature film from FX maestro Marcus Koch and an amazing example of DIY cinema. This is one of a handful of punk rock horror movies to spawn out of the 80's and 90's, and one of the best. It's a movie about punks, for punks, made by punks. It features a great punk rock soundtrack and also showcases some live footage of the band The Casualties.

The cast does a great job with the material which makes this one stick out from many other SOV's of the era. The standout of the cast is B-Movie Legend Joel D Wynkoop as the mad Doctor Robert Olsen, creator of the Rot. Joel is always great in everything he does but he shines especially bright in this one. There are many great and powerful monologues that showcase his crazy and over the top acting style, including one where he is talking to a toilet. If your a fan of his work you are absolutely going to love him in this one; he steals the show. Plus, there's a great scene where he fights an entire gang of punks and wins. 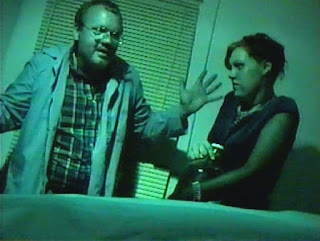 As for FX, surprisingly there is not a ton in this one, especially considering Koch is more known as an FX artist than a Director. I find this to be really cool though because Koch doesn't rely solely on FX to drive the movies plot, which he easily could have. Instead he keeps you hooked from the very beginning of the movie due to some great creative thinking, some nice camerawork, a solid script, and great energetic performances by the cast. There is some gore though, my favorite being a scene where a character gets his head punched clean off. 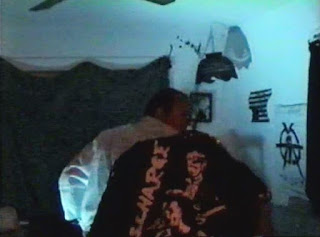 Overall Rot is a great example of the DIY punk aesthetic transferred to analog video. It has a great story that keeps you engaged throughout, some amazing performances, and enough bloodshed to keep you happy. I highly recommend this one and urge all SOV fans to pick up a copy.