The Road To B-Movie Madness By Jonathon Knight 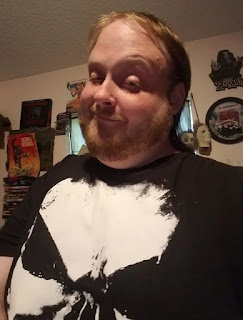 Since I was 5 I've been deeply in love with horror movies. I remember sitting on the floor in front of a TV watching some program end and the next one starting. Lightening struck over a big ugly house as the camera crept up to it and inside of it before heading into a crypt. A ghastly man rose out of his coffin and screamed as slime oozed down on the screen and finally the title appeared: TALES FROM THE CRYPT. I wasn't scared of it, I was in love with it. For the life of me I cannot remember which episode it was but regardless I became a huge fan of the horror genre right there. My father hated horror and refused to allow me to watch but my mother gladly did as long as I realized what was on TV was fictional and not to repeat it in real life. After that I became addicted to anything horror especially Friday the 13th, Puppet Master, Child's Play etc.

When I was 7 I moved from Syracuse, New York to a small town in Florida called LaBelle. One day my mother and I were inside a grocery store called Winn-Dixie when I noticed they had a small selection of movies to rent. She let me go over there to look for a movie to rent. As you would suspect I headed right to the horror section and instantly a tape popped out to me.....THE TOXIC AVENGER. I almost shit my pants. See when I was living in New York I was a huge fan of a cartoon show called "Toxic Crusaders" and even had quite a few action figures from the series. I had no clue they made a movie based on it so I begged my mom to rent it. She figured it was a superhero movie for kids. This is where the real fun begins. I got home and popped it in the VCR. I was hooked right from the start. But within a few minutes of it the first sex scene popped up and my mom darted across the room and removed the tape from the VCR. Although Toxic Crusaders was intended for children the movie it's based off of was made for adults and my mom was not a fan of nudity in movies. I was allowed to finish the movie but only with her finger hovering over the fast forward button. She hated The Toxic Avenger and its existence. Her hate, however, made me love it even more and throughout the years I'd find ways of renting it behind her back. 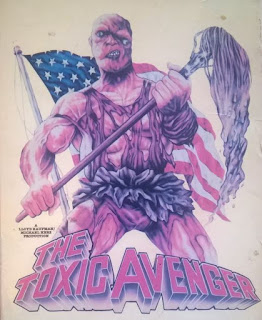 When I was around 13 I moved to Lake Wales, FL and of course one of my first stops was one of the two or three video stores in town. I had my own money and looked through the for sale shelf. There it was....The Toxic Avenger for sale. I bought it right there and than and hid it in my book bag. The Toxic Avenger was a big favorite with my friends. It had all the gory violence, boobs and laughs you would want in a movie so we would watch it dozens of times. Soon after buying it, though, I started looking up the filmmakers on the internet and soon discovered Lloyd Kaufman and his company, Troma. Over time I ate up EVERYTHING with Troma's name on it and to this day I am still a hardcore fan of both Troma and Lloyd Kaufman.

And thanks to Troma I discovered the world of shot on video entertainment. After discovering who Troma was I went to my video store looking for anything by them. Other than "The Toxic Avenger" my local video store only had one title: REDNECK ZOMBIES. I love zombie movies and I love Troma so this was going to be a win! And it was! Now I was a little perplexed by the look of it. I was clearly watching a movie but it didn't really look like a normal movie. What was it? I had no clue but the look had a charm to it that I quickly fell in love with and through some research I discovered it was shot on video and Redneck Zombies was FARRRRRRR from the only SOV title. Although it took quite a few years to check out more of these movies (a lot of them were hard to find at one point) I finally watched stuff like Video Violence, Killer Nerd, Blood Cult, Sledgehammer, 555 etc. and fell deeply in love. These titles were highly entertaining and extremely inspiring. I ultimately made a SOV of sorts called "The Retarded Dead" in 2004 based on my love for Redneck Zombies (the less said about my attempt at filmmaking, the better) and I still have this strong urge to make another movie because those SOV filmmakers such as Tim Ritter, Todd Sheets, Donald Farmer, the Polonia Brothers etc. have shown me I can make something entertaining with very little. I don't need to go to a big expensive film school. These SOV films are my film school and have taught-and inspired-me more than those years I spent in TV production in high school. 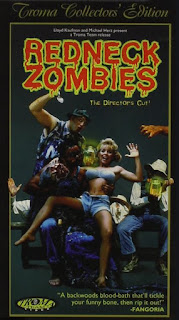 I want to thank both Tony Masiello and Richard Mogg for keeping the SOV train going. You guys are doing gods work and IMO both of you should be included in history books taught in public schools.