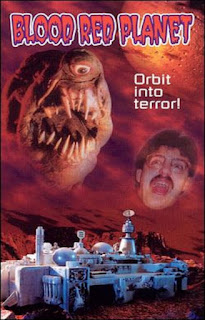 A strange planetoid has entered the galaxy and starts orbiting Mars. This causes the weather patterns to go crazy resulting in catastrophic carnage around the globe, as well as a loss of contact with the lunar base on the Moon.

A spaceship, Omega 1, is sent to investigate and figure out what the hell is going on. When they arrive on the lunar base they discover that everyone is dead and decide to blow it up in the hopes of containing whatever it was that caused the lunar massacre.

They then set off for the mysterious planetoid only to be besieged by alien UFOs which quickly blow up the ship (and causes the Captains head to explode). 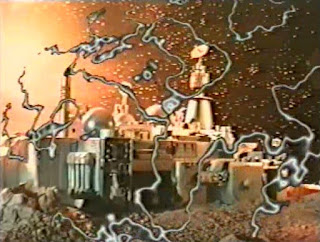 It's now up to our team of heroes to discover what's going on (trust me it's confusing) and to stop this alien menace before it's too late. 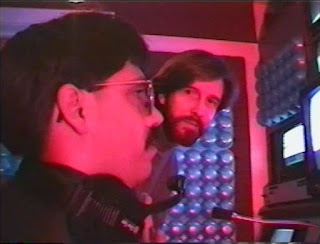 Blood Red Planet was co-directed by the Polonia Brothers (Mark & John) and their frequent collaborator John McBride. The one thing I've always admired about their work is that they never let small budgets get in the way of making their far-out features. For example, can't afford realistic spacesuit costumes? Just get some goggles, a surgical mask, strap a couple water bottles to your back and wallah instant spacesuit. 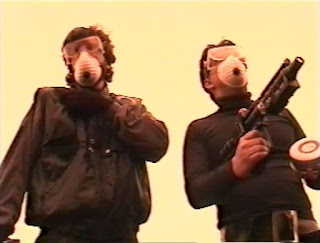 If you've never seen any of the Polonia's work before you may think this is done for laughs but the brothers are dead serious. They don't let small budgets get in the way of their vision. They just go for it with the limited resources they have, to varying degrees of success.

As you can imagine with this type of movie (a space opera) there are tons of special effects, some good (for the budget) and some bad. The digital effects are pretty dated at this point but back in 2000 you didn't see many visual effects in these type of movies and I'm sure a lot of hard work went into them. So regardless of how cheap and cheesy they may look today I give the Polonia's credit for being early pioneers in CG compositing.

The spaceship interiors consist of cupcake tins and other household items glued to walls. This could be distracting to some viewers not accustomed to the Polonia's style, but worked fine for me.

The final monster looks cheesy (reminiscent of a 50's sci-fi Corman monster) and it's obviously a small hand puppet, but I think it looks kinda cool. In one of the most memorable scenes in the movie it attacks one of the crew members and starts devouring him but it's obviously just chewing on some sort of doll which is pretty laughable. 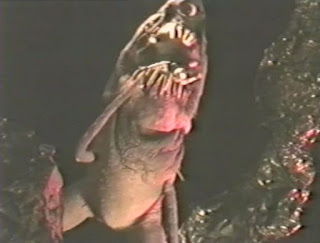 The acting for the most part is pretty bad with the exception of John McBride who really tries his best and shows a good range of emotion throughout the movie. He makes for a good lead and is always a welcome addition to any movie he's in. Todd Carpenter is another story though. He is probably the worst actor in the movie and comes off like he's just trying to hard.

Overall I was kinda disappointed with this one but still enjoyed it for what it was. The story is hard to follow at times and even with it's short running time it just seems to go on and on (lots of long walking shots). Obviously though, the Polonia's have a great love for the genre and it shows in the end product.

If your a fan of the Polonia Brothers or enjoy movies "So Bad They're Good" (I really hate that term) then it's worth a watch, otherwise stay clear. 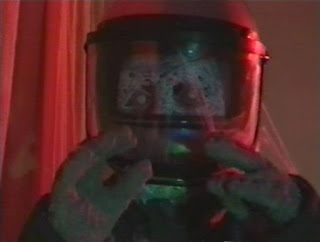