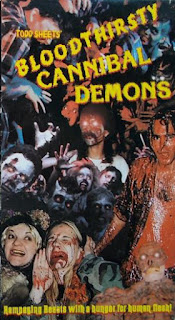 Two rival gangs are at war on the mean streets of Kansas City. During one of their brawls the gangs' war spills over into an old movie theater. When the punks are confronted by the owners they are shown the door, but unfortunately for them the exits are now mysteriously sealed off. Trapped inside the theater, the street hooligans decide to kill the poor owners. In doing so, they release an evil witch whose spirit has been trapped within the walls of the movie house. The witch, Haggis, soon conjures up her army of bloodthirsty cannibal demons to devour the souls of the unwelcome guests. Now the two gangs must fight for their lives if they want to survive the wrath of Haggis and her Bloodthirsty Cannibal Demons.

Made by cult SOV goremeister, Todd Sheets, BCD is a wild SOV ride. As you may have guessed from the synopsis, the story is similar to Lamberto Bavas Italian splatterfest Demons, but with an added gang element.

The cast is full of Sheets regulars, such as Auggi Alvarez (the Keaunu Reeves of SOV), Carol Barta, and fan favorite Jerry Angel, who all do a pretty good job with the material. Yes, at times their performances are a little hokey, but this is a low budget SOV so what do you expect?

There’s a ton of great gore effects on display as well. My favorite being the scene where a couple of girls from one of the gangs nails a guy's foot to the floor, puts a noose around his neck, and starts to pull the rope until the poor guy is decapitated. Best part is as they are doing so, they are laughing and having a grand old time. 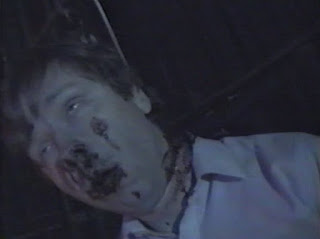 Also, at the movie's climax, there is a great scene where Auggi Alveraz has to take out a horde of ghouls with a weed whacker and gets completely covered head to toe in the red stuff. 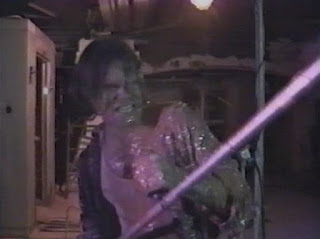 There's some great production value to this one too. The locations are cool and very atmospheric, and add to creating a nice spooky mood.

Personally, I love this flick! It's the type of movie where each time I watch it, I enjoy it more and more. The only downside (if I had to pick one) would be Carol Barta's (as the witch Haggis) constant cackling which can be kind of annoying, especially with the reverb effect they have placed on her voice. On past viewings I was super annoyed by her character due to this, but honestly, the character is so bat-shit insane that she’s really grown on me over time, reverb effect and all. 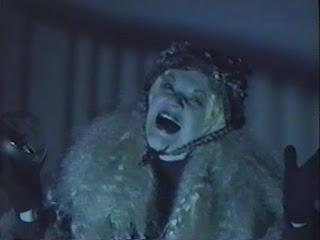 If you haven't seen this one I say it's essential viewing, especially for Todd Sheets fans. If you have and didn't care for it much, I say give it a rewatch and take a critical look at all the heart and talent on display here. Sure, the acting isn't top notch, but with a cool story, some great gore, good locations, and moody lighting this is one not to be missed.