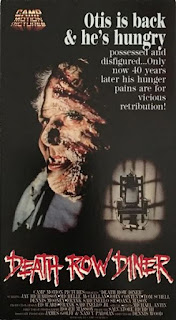 I have always been intrigued by death row last meals. John Wayne Gacy requested 12 fried shrimp, a bucket of fried chicken from KFC, French fries, and a pound of strawberries. Timothy McVeigh, two pints of mint chocolate chip ice cream. My favorite of all, though, is Robert Alton Harris. He ordered 21 pieces of KFC, two large Domino’s pizzas, a bag of jellybeans, a six pack of Pepsi, and a pack of Camel cigarettes. But Otis Wilcox? Nothing. He was executed, via electric chair, before he could have his final meal. Who is Otis Wilcox? The focal point of the 1988 film Death Row Diner. 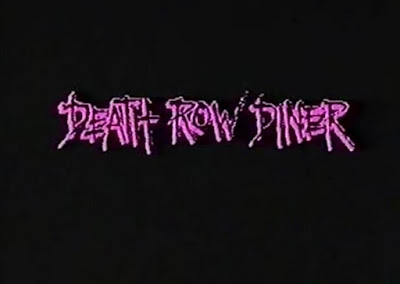 Otis Wilcox was a famous Hollywood studio head. He was responsible for a plethora of successful films, he was wealthy, and he was powerful. But this did not help him when his wife was brutally murdered. Mr. Wilcox, who could pass for a young Harvey Weinstein, was sentenced to death for the murder of his wife; whom many thought he was framed. As Otis was being carried to the electric chair, he could be heard screaming, “I’m hungry!”, as his requests for a final meal were ignored! 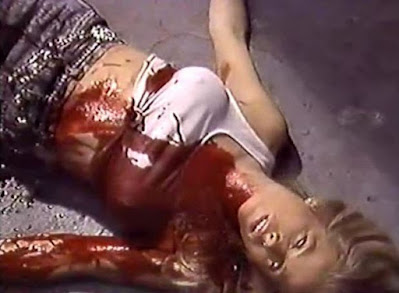 Forty years later, they are making a movie about Otis’ story. The film is being shot at the very prison he was executed in. From the beginning of filming, the production was hampered with mysterious deaths, as the deep-fried Otis makes his way back to reclaim the studio’s throne! 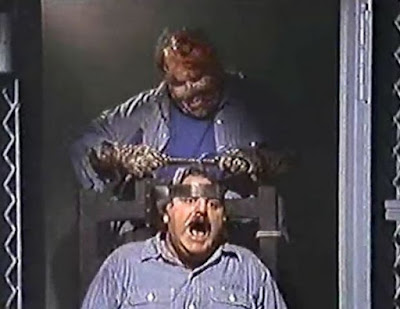 Overall, Death Row Diner is a tongue-in-cheek comedy, with blood, guts, and some creative kills to keep it interesting along the way. The make-up artist is killed with a very Michael Myers inspired choking that ends in a ton of blood. We also have a member of the film crew who is hit so hard in the back of the head, with a ping-pong paddle, that his eyes pop out. The beautiful Michelle Bauer (Hollywood Chainsaw Hookers, Sorority Babes in the Slimeball Bowl-O-Rama fame) plays Julia Wilcox-Weston, the granddaughter of Otis Wilcox in the production, but that is not the end of Hollywood Chainsaw Hookers references. Jay Richardson plays Bill Weston, who took over the studio after Mr. Wilcox execution, there is a news broadcast in the movie that mentions the film, Bauer mentions it in a on screen credit reference line of dialogue, and a framed one-sheet can be spotted, during the final few minutes, in the studio office. 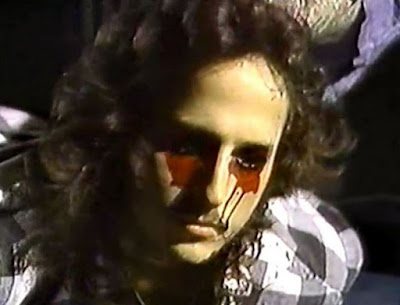 Death Row Diner is ripe for an update; with a new transfer and some editing the film would be much better. It is hard to believe a boutique label has not picked this one up yet. As with most titles of the 80’s, there are some problematic lines that would make a modern audience cringe (I would be remiss to overlook this), but the movie still delivers many laughs and some quality kills. I would recommend this to any horror fan - it is a more digestible shot on video feature for those looking to dive in. Unfortunately, this title out of print – good luck tracking down a copy 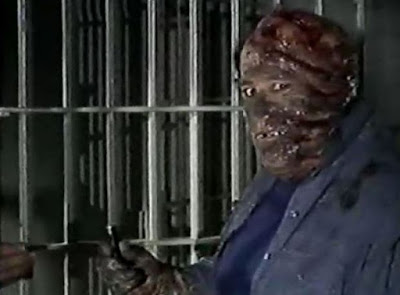